skip to main | skip to sidebar

I applied the "Make it Work" quote from Tim Gunn while working on this card set...

You ever have an idea in your head for awhile and then go to implement it and it looks NOTHING like what you imagined? That's what happened with these cards. I originally had the flower background on the front of a kraft notecard and colored it with Inktense colored pencils. It looked really bad. So I "made it work" by coloring the flowers with Copics instead, die-cutting the background,  and layering it onto some Bo-Bunny dot paper and  Neenah Desert Storm cardstock. I finished it off with some string and a pearl on the bow. Oh, and I also did some faux stitching along the left hand side with a white pen. 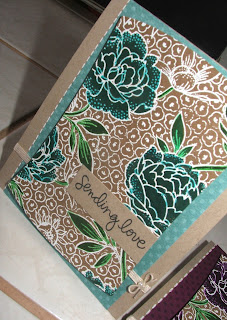 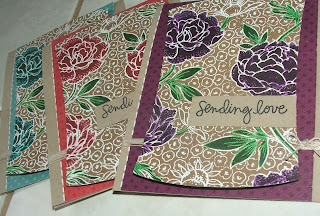 I hope I've inspired you to not throw in the towel on your next crafting project that doesn't go as planned. "Make it work!" :)

Be back soon. Thanks for stopping by!
Posted by Heather Ruwe at 12:32 PM

those turned out really cool! The coloring really stands out and gives great POP!

You sure did make it work! These are even prettier and more stunning in person. Great job!

They came out GREAT!! 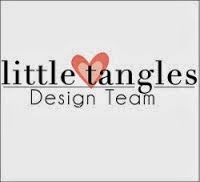